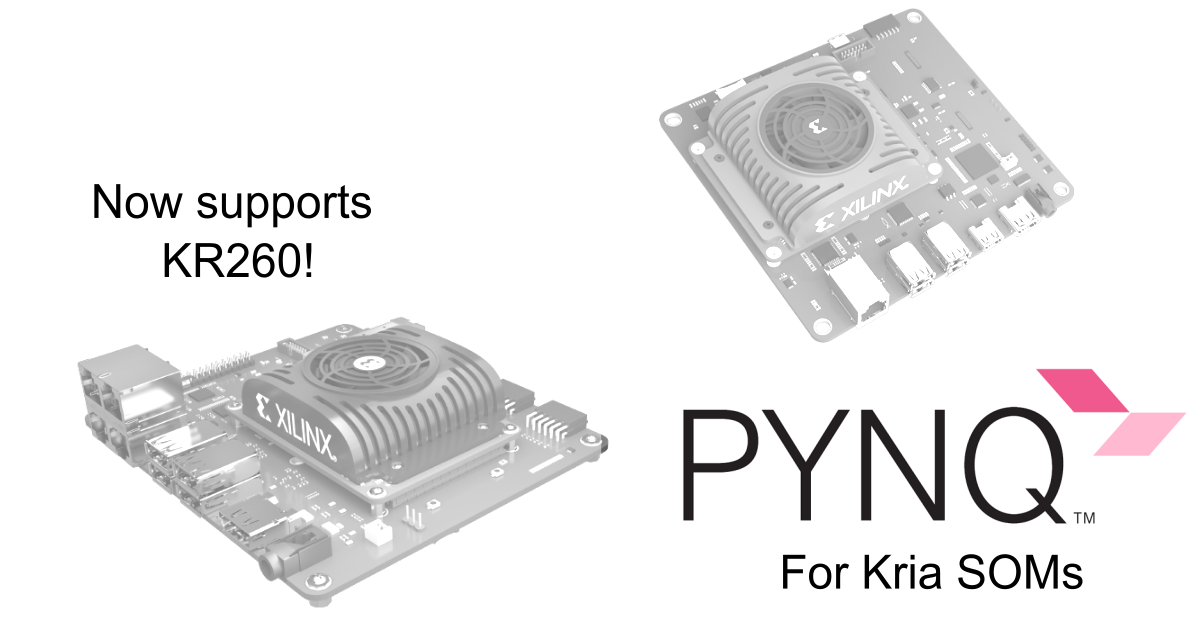 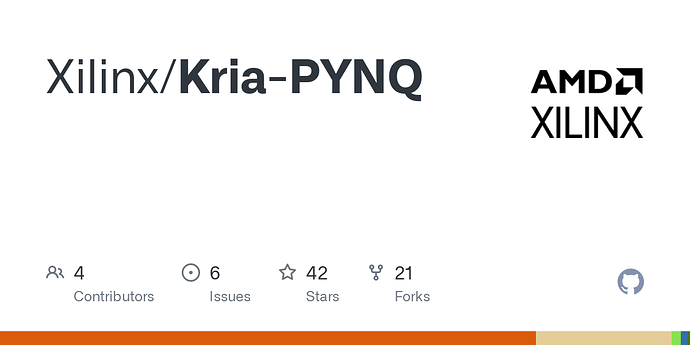 Contribute to Xilinx/Kria-PYNQ development by creating an account on GitHub.

In total the following Kria kits are supported:

Each device comes with some example Overlays to get started.

There is also already community designs available for the KR260, such as the KRIA-Motor-Control from MakarenaLabs.

We always appreciate your engagement and continued contributions. Please use the PYNQ discussion forum to discuss and report any issue.